An upstream gas producer in Haynesville needed to address the unreliable power issues that were plaguing their new electric valve actuators. The electric actuators were installed to replace older pneumatic dump valves to eliminate methane venting to the atmosphere. An electrically controlled solenoid (11W) was installed for an emergency shutdown operation with a Flowboss 107 PLC 107 with modem (12W), and solar panels were installed with battery backup to power these critical devices. 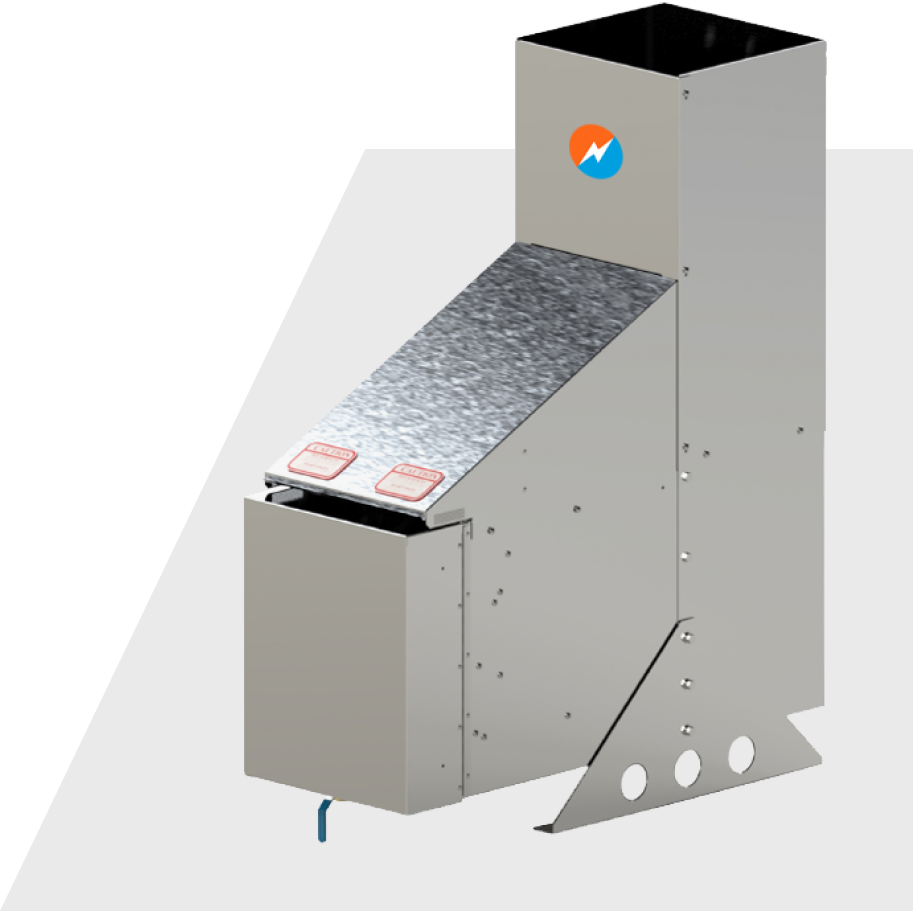 The solar system was unable to provide reliable power, leading to intermittent and unpredictable equipment failures. These failures increase operational risks, decrease production throughput, and cause unexpected operating costs to remediate the issues. The root cause of the failures ranged from solar controller errors, unfavourable weather and battery depletion rates. Although an onsite combustion engine generator was available, it wasn’t used due to high rental prices, short run time to service intervals, and ongoing maintenance costs. Wind turbine power was considered, but was not selected due to the intermittent reliability of power generation as well. An ultra-reliable, low maintenance, low power generator solution was needed. 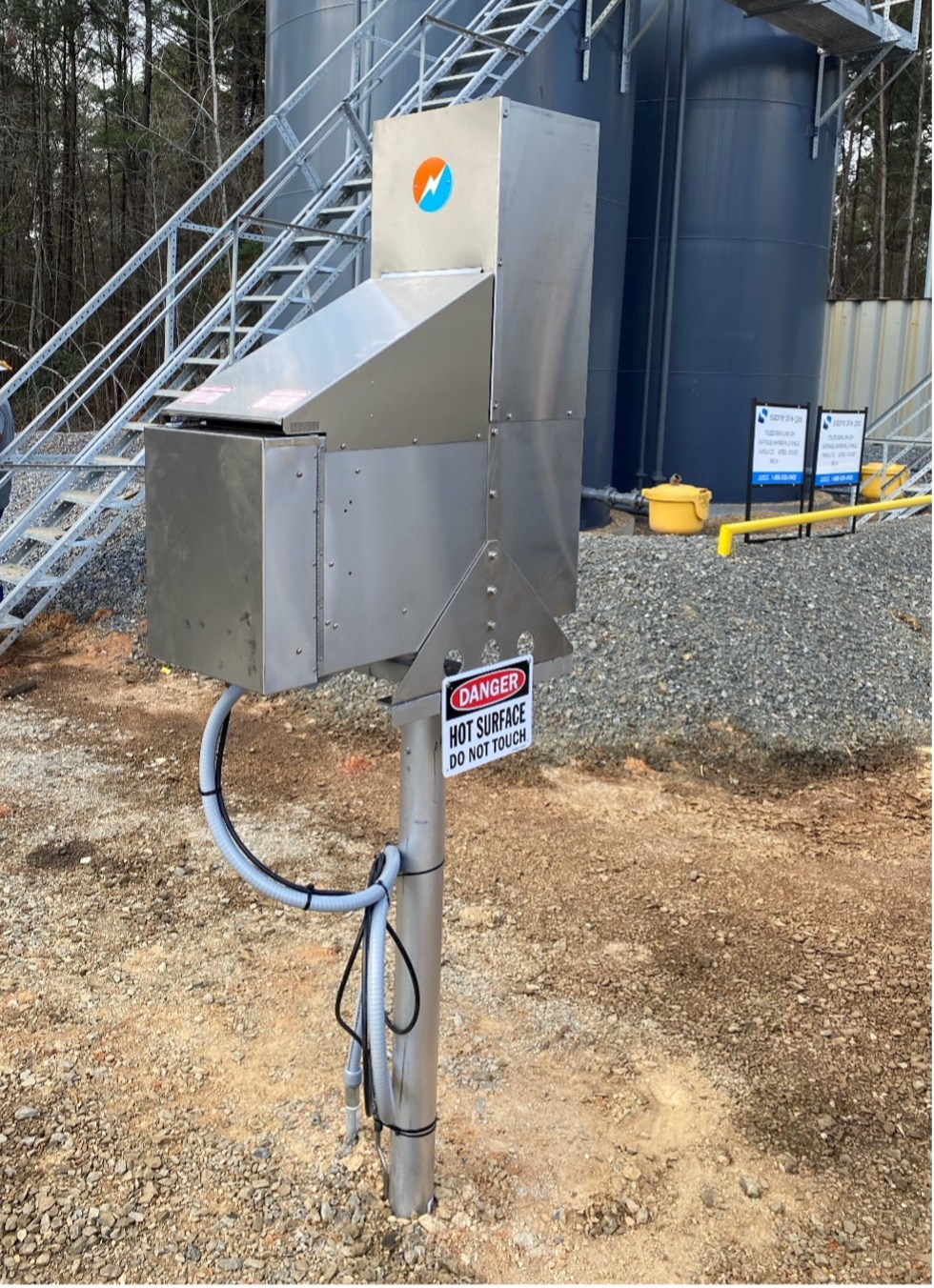 When power to critical devices fails, there is lost production, risk to operations, unexpected maintenance costs and delay to other planned activities. A shut in well can result in tens of thousands of dollars in lost revenue per hour. Technicians must be dispatched to troubleshoot the root cause and find a solution. But some issues, like the area-wide freeze in February of 2021 impacted all well pads in the region simultaneously and couldn’t be resolved until repairs and replacements were done, and favourable solar power weather returned. 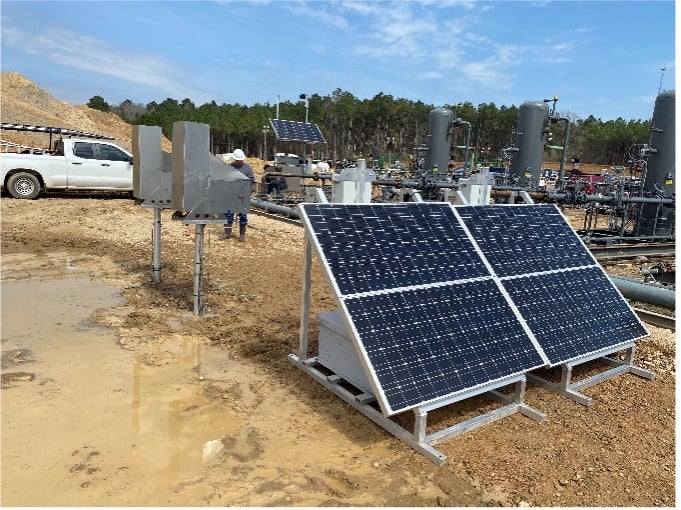 The operator opted for a single, P-5100 TEG at each of their two-well sites. By selecting the remote start version of the P-5100, they were able to create an H-TEG, or Hybrid solar TEG, configuration for the highest possible reliability with the lowest possible emissions for their sites. The H-TEGs were plugged into the existing charge controller, and produced enough excess power for the Emergency Shut-Down (ESD) signaling solenoid (11W constant load). The H-TEGs constantly float charge the batteries for improved redundancy and also extends the life of the batteries by two-fold. Through avoidance of unexpected shut-ins and field service trips, the operator expects to save tens of thousands of dollars annually.

After installation of the P-5100 H-TEG, technician call outs due to power outages were eliminated and battery voltage stayed at a constant 26.3V (fully charged), day and night, through cold, hot, cloudy and inclement weather. With each H-TEG combusting methane to a 99.99% destruction, and in remote start mode, consuming only 66SCF (20% duty cycle) per day, the H-TEG provides an excellent green solution for off grid power. When using the H-TEG in a remote start configuration, fuel consumption and GHG emissions is further reduced by as much as 90% depending upon the insolation, weather, and solar sizing.

Although these particular well pads are in rural, isolated areas, theft of batteries and solar panels are not uncommon in these unmanned areas. TEGs have the distinct advantage of being warm to the touch and have visible gas line connections, so are almost always bypassed by solar thieves. If thieves do steal the solar panels and batteries, site power can be quickly restored with a pure TEG solution until the solar panels, batteries and charge controllers can be replaced.

BENEFITS OF AN H-TEG SYSTEM

With minimal training, our systems are easily serviced yourself,
but we are available to provide professional service any time, any place.

LEARN MORE ABOUT US